These principles of movement has been passed down by Tai Chi Chuan Masters. Most known is Yang Cheng-Fu's Important Points, shown below. Please notice that the statements are expressions of the body moving as a whole.

The rules are exposed to show you what to train in the form. To establish a body which is thrown open, you must know and train these indispensable rules. They are very precise guidelines on which sensations in body and mind you have to look for and focus on during training.

It is, however, also important to be aware of the classics as a kind of personal dialogue or diary if you will. As a beginner you often read them as rules from a sage to be followed - but you should also strive to understand them as personal anecdotes told by a Tai Chi practitioner with extensive experience, as a report on how the body is experienced when training really succeed high-level, after many years of consistent effort. 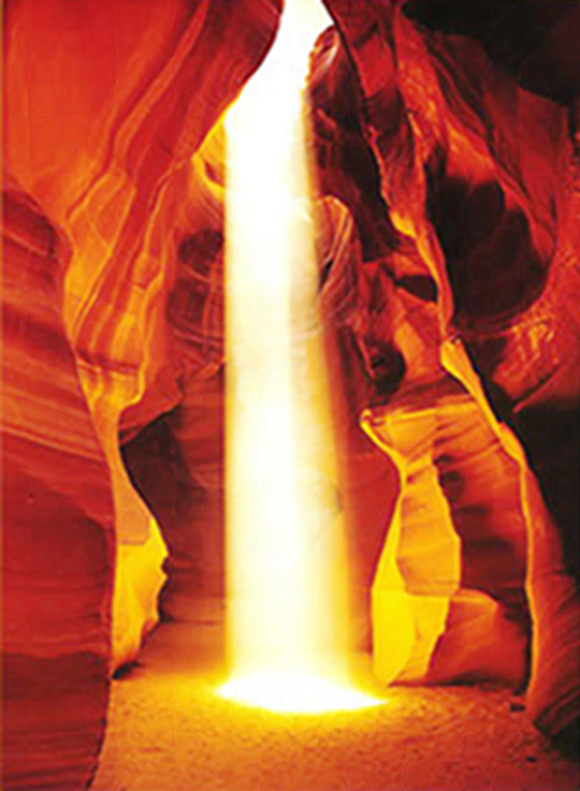 The choreography is merely the painting. The principles of movement is the light, that makes the picture become alive.

Not until these principles have become active you actually train Tai Chi Chuan. To learn and train the choreography "only", that's just the beginning...

When you can clearly make this distinction, your movements will be light, agile, and effortless. If not, your steps will be heavy and clumsy, and you are easily unbalanced due to the instability of your stance.

The philosophy of Yin and Yang is the underlying principle of change in stepping.

Hold the head erect and with ease in order for the spirit to rise. If force is used, the back of the neck will be stiff, and the circulation of blood and Qi will be impeded. There should be a natural, light and sensitive feeling. If not, the spirit will be unable to rise up.

In order to achieve the above, it is important that the neck is held straight, but very relaxed and alive. Keep your mouth natural with the tongue touching the upper palate. Avoid clenching your teeth or gazing out with an angry look.

Keep your sacrum straight and slightly tucked under. If not, your spine will be affected, and your spirit will not be able to rise.

Sink the Chest and raise the Back

There should be a slight drawing in of the chest, which allows the Qi to sink to the Dan Tien. Avoid protruding the chest as this will cause the Qi to rise which, will lead to top heaviness, and the soles of the feet to float.

Raising the back means that the Qi adheres to the back. If you can sink your chest, your back will naturally rise. If you can raise your back, your power will come from your spine enabling you to overcome any opponent. Thus the Qi can sink to the Dan-Tien, and also raise in the back.

If this principle is not understood correct, it will not be possible to obtain Geng (rootedness) in the feet, and the whole body will be unstable.

Sink the chest and raise the back are similar to when a cat is in readiness to launch an attack on its prey.

It is said The waist is the well spring of your vital energy.

The waist is the commander of the body. All the movements originates here. If the waist is relaxed and loosene, the foundation, that is, your legs will be stable, enabling you to issue power. Changes in full and empty derive from the moving of the waist.

If you lack power in your movements, look for the weakness in your waist and legs. If you can relax the waist correct, the feet will have power, and our foundation will be stable.

Sink the Shoulders and drop the Elbows

The elbows must relax and point downwards. If the elbows are raised, the shoulders will become tense, inhibiting your ability to discharge your opponent to any great distance. Raising the elbows or shoulders is similar to breaking the Jing which occurs in the external martial art systems.

The external martial art systems consider leaping and crouching to be of value. They exhaust their energy and after practice, they are out of breath. Tai Chi uses serenity to counter activity. Even when you are moving, you remain tranquil. When practising the postures, the slower you move, the better the result. Slowness enables your breath to become deep and long with the chi sinking to the Dan Tien. This will naturally prevent the pulse rate from elevating.

It is important to practise the movements slowly, so that you can understand the meaning within the movements. Practising slowly helps to regulate your breathing enabling your breath to become deep and long allowing your chi to sink to the Dan Tian. Practising in this manner also prevents the fault of top heaviness which is caused by the Qi rising up.

Use the Mind - and Not Strength or Brute Force

The classics says: Only from the highest softness comes hardness.

This principle recommends the practitioner to try to loosen tension in the whole body when training in order to cultivate the awareness in the movements, and thus gradually be able to master T'ai Chi Ch'uan fully. This is where T'ai Chi Ch'uan distinguish from all other martial arts.

So according to the Tai Chi Classics, you use the mind and not brute force. In practice, your whole body is relaxed; not even using an ounce of brute force. If you employ brute force, you restrict the flow of energy through your sinews, bones, and blood vessels. This will inhibit your freedom of movement, preventing you from achieveing agility, sensitivity, aliveness, circularity, and naturalness.

Although your abdomen is full and alive, there is no force being used. For the Qi to sink down to the Dan Tien slowly and naturally, the mind needs to be relaxed. By deeply relaxing while performing your Tai Chi movements, your Qi will move freely to every part of your body. This will benefit the body greatly.

On the other hand, if you tense your mind and forcefully try to move your Qi, or use unnatural methods to circulate i, it is more than likely that blockages will occur which are harmful to your health.

When you are able to use your mind and not brute force, then wherever your mind goes, your chi follows. After a long period of practice and Qi circulating freely everyday, you develop Jing (an internal power which is different from hard force). This is what the Tai Chi Classics means by "from true softness comes true hardness". The arms of one who has Tai Chi kung fu will feel extremely heavy; like steel wrapped in cotton. People who practise external martial art systems look strong when they exert hard force. However, when they are not bringing their hard force into use, they are light and floating. You can see that this merely a superficial kind of strength. Instead of using the mind, they use brute force, which makes them easy to manipulate. Hence not worthy of praise.

Coordination and Unity of Upper and Lower Body

If just one part is not syncronized, there will be confusion. So when the hands, waist, and feet move, your gaze needs to follow in unison. This is what is meant by harmony of the upper and lower body. If one part of the body is not in concordance with the rest, it will result in chaos.

When you first learn Tai Chi, your movements are larger and more open than those of a seasoned practitioner. The larger movements ensure that your waist and legs are moving in concordance, and all parts of the body are in harmony.

The Unity of Internal and External

The external martial art systems employ brute force which is stiff and unnatural. This force stops and starts; moves in a jerky fashion. When the old force is finished before the new one has begun, this is the time when one is most vulnerable to attacks.

In Tai Chi you train the body to use the mind and not brute force. From the beginning to the end, the movements are continuous without stopping, like an endless circle. This is what the Classics means by a great river flowing continuously and never ending or Moving the Jing like reeling silk from a silk cocoon.

The above conveys the idea of stringing the movements together into one harmonious Qi. If your movements stop and start, you will be easily taken advantage of by your opponent because you have exhausted your old strength, and the new power is not yet born.