Goji berries are dried fruits, similar to raisins, but with an intense red colour. They grow on bushes in the Himalaya valleys in Tibet. They are famous in the Orient for their nutritive value and they have been used for a long time in Traditional Chinese Medicine (TCM).

They contain 18 kinds of amino acid and contain all essential amino acids as well as up to 22 trace minerals. They are the richest source of carotenoids of all known foods or plants on earth. They contain up to more than 50 times the amount of vitamin C, by weight, than oranges. Goji berries also contains vitamin B1, B2, B6 and E. They contain polysaccharides which fortify the immune system and one of them has been found to be a powerful secretagogue (a substance that stimulates the secretion of rejuvenating human growth hormone by the pituitary gland). They also are filled with antioxidants. The berries taste between a raisin and a cranberry. 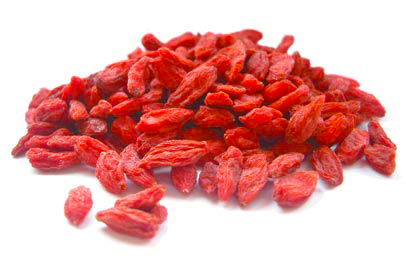 Dried Goji berries ready to enjoy. Two spoons per day is sufficient (30-40 berries). Higher consumption will not lead to problems. Any person can take them: kids, elderly, sick and pregnant women.

The introduction of Goji berry’s into the Western World is still fairly recent and the following are some of the reasons why the berries are so successful in different cultures: 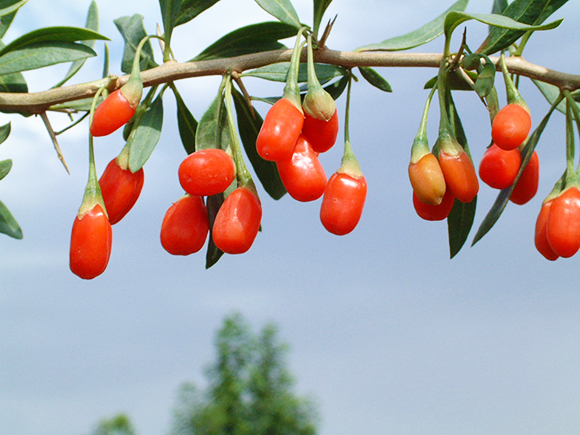 The Goji berry on its branch

There is an unconfirmed although well documented story about a certain Li Qing Yuen, who was a herbalist and spent much of his time in the mountain ranges. He lived mainly on teamed above-ground vegetables, herbs and a daily portion of Goji berries and Panax Ginseng. Reportedly he lived for 256 years (1677-1933). In 1927 General Yang Sen invited Li to his residence where a picture was taken. 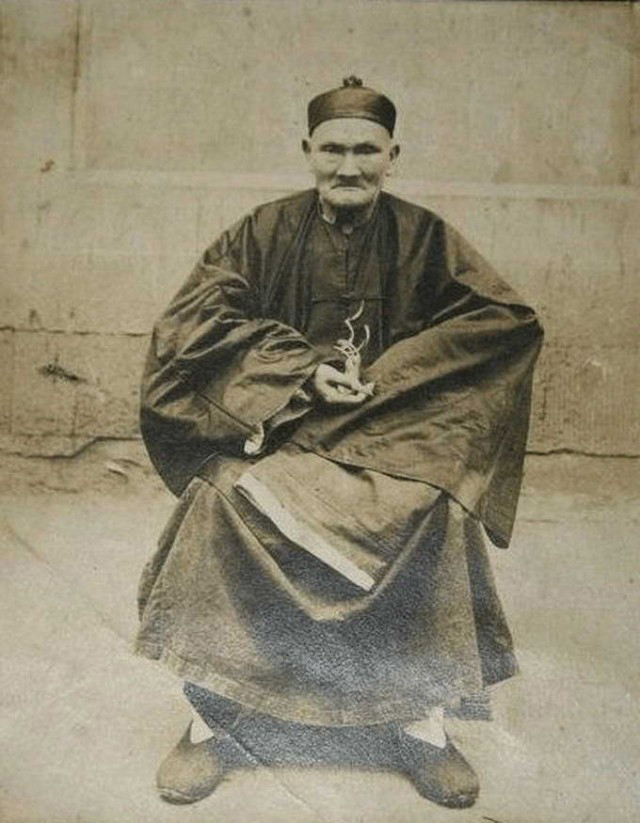